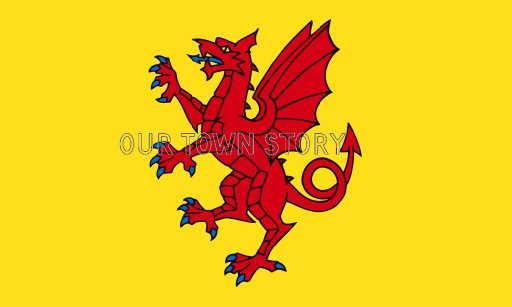 
Somerset s a county in South West England which borders Gloucestershire to the north, Wiltshire to the east, Dorset to the south-east and Devon to the south-west. It is bounded to the north and west by the Bristol Channel and the estuary of the River Severn, its coastline facing southeastern Wales. Its traditional northern border is the River Avon. Somerset's county town is Taunton.

Somerset is a rural county of rolling hills such as the Blackdown Hills, Mendip Hills, Quantock Hills and Exmoor National Park, and large flat expanses of land including the Somerset Levels. There is evidence of human occupation from Paleolithic times, and of subsequent settlement in the Roman and Anglo-Saxon periods. The county played a significant part in the consolidation of power and rise of King Alfred the Great, and later in the English Civil War and the Monmouth Rebellion.

Agriculture is a major business in the county. Farming of sheep and cattle, including for wool and the county's famous cheeses (most notably Cheddar), are traditional and contemporary, as is the more unusual cultivation of willow for basket weaving. Apple orchards were once plentiful, and Somerset is still known for the production of strong cider. Unemployment is lower than the national average; the largest employment sectors are retail, manufacturing, tourism, and health and social care. Population growth in the county is higher than the national average.