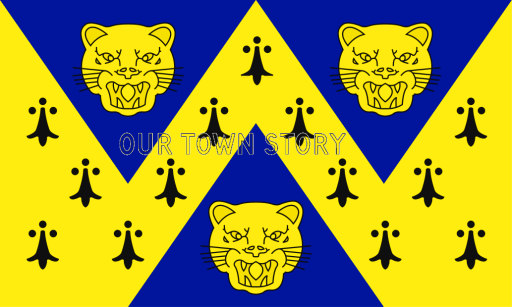 
Shropshire (alternatively Salop; abbreviated, in print only, Shrops) is a county in the West Midlands of England. It borders Wales to the west, Cheshire to the north, Staffordshire to the east, Worcestershire to the south-east and Herefordshire to the south. Shropshire Council was created in 2009, a unitary authority taking over from the previous county council and five district councils. The borough of Telford and Wrekin has been a separate unitary authority since 1998 but continues to be included in the ceremonial county.

The county's population and economy is centred on five towns: the county town of Shrewsbury, which is culturally and historically important and is located in the centre of the county; Telford, a new town in the east which was constructed around a number of older towns, most notably Wellington, Dawley and Madeley, which is today the most populous; and Oswestry in the north-west, Bridgnorth just to the south of Telford, and Ludlow in the south.The county has many market towns, including Whitchurch in the north, Newport north-east of Telford and Market Drayton in the north-east of the county.

The Ironbridge Gorge area is a UNESCO World Heritage Site, covering Ironbridge, Coalbrookdale and a part of Madeley. There are, additionally, other notable historic industrial sites located around the county, such as at Shrewsbury, Broseley, Snailbeach and Highley as well as the Shropshire Union Canal.